When Clockwork Dog appeared on the scene, I can’t say I took much notice. Yes, they were an escape room and yes, they were based in London, but they were creating a pop-up escape room that would be around for three weeks. There were two ways I could see it going: Either it was a ruse to get people to book early and they would extend the run or  they would be putting together a cheap and simple game. I waited my time to see which one it was.

And then I saw Dean’s review on Escape Review. Suddenly, this room looked a lot more appealing and, when it became clear that they were unlikely to extend their run, I knew I had to organise a last-minute trip to see for myself. In the end, more people were available to play than the game could accommodate, so we ended up booking back-to-back three-player games.

The hosts greeted us in character and really set the scene for the game well.

Arthur Langstroth recently died and, in his will, he specified that all the items in his antique shop should be bequeathed or sold. All, that is, except one: an object of incredible power. That item is available to whichever person or people can follow the clues and find its hiding place.

I’ll admit that I was dubious about setting up a pop-up escape room in a shop. When you can customise a space, you have lots of options for integrating the theme into the room, whereas Clockwork Dog were going to have to work with what was there. They’d chosen well, though. This was a shop full of character, with enough nooks and crannies to make it interesting but not so many that searching became a chore. That balance had been retained in their set dressing; there were sufficient props to give the feel of an antique dealer with a particular interest in Egypt but they hadn’t gone overboard with red herrings.

Yes: if you like searching, this is definitely a room for you. The finds were sometimes challenging but never left me feeling they were unfair. Both teams came close to needing a hint for a missing item but, on both occasions, some re-searching of the room resulted in the relevant prop being found so we could happily continue along with the game. There’s nothing quite like that sweet satisfaction of the second search paying off. (At least for the person who finds it, and embarrassment for those of us who missed it the first time round!)

PLANNING A TEAM-BUILDING EVENT? HERE’S WHAT YOU NEED TO KNOW

Team-building events are a fun way to increase communication, boost morale and strengthen bonds between team members or employees, but they have to be executed with careful planning and forethought if you want to maximize their effectiveness.

If you’re new to the process of planning a team-building event, there are many details to consider, and it can be tempting to feel overwhelmed during the planning phase. Below are six handy tips that will give you what you need to know to put on a successful event. 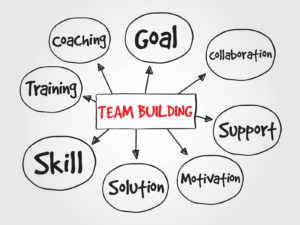 Whether it’s to foster community, work on communication or problem solving skills or just introduce new members or employees, the most important first step you can take is to pinpoint the areas of struggle within your team (e.g., interpersonal conflicts, poor communication, lack of productivity, low morale, etc.), and then research various team-building activities that would best address those struggles.

There are a wide variety of team-building activities available to remedy or improve practically every aspect of team dynamics, so you shouldn’t have any difficulty finding one that will address the specific challenges of your team. That being said, there are some important points to consider before making your final decision:

There are plenty of venues available for team-building. For best results, conduct your team-building event off-site, as this will help people unplug from their normal environment and gain a fresh perspective. Here are some good suggestions: 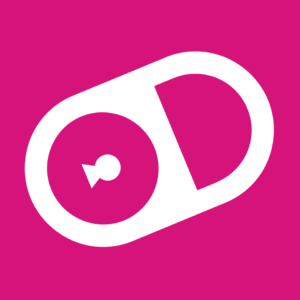 During Esc Room Addict’s trip to London, ON we were given the chance to review some of the rooms at Exodus Escapes. Unfortunately one of our review team members was unexpectedly delayed last minute leaving us with only three people to tackle the Nursery and prove once and for all escape rooms are merely child’s play. Ba dum dum. (Ok, ok, we admit humour isn’t our strong point, let’s forget this joke ever happened and get on with the review).

Exodus Escapes is easily found in downtown London and just minutes away from the University of Western Ontario. The staff were incredibly friendly, helpful, and attentive. One thing particularly impressive was the amount of staff ready and waiting for anything that might be needed (which came in handy as our room needed some quick cleaning and repairs after a group of young ladies who obviously had some liquid courage in their systems tried out The Nursery for a bachelorette party). Although the staff and owners were incredible, there’s room for it to get to the next level by adding a bit more to the pre-room experience.

Room quality is where this room has its greatest strength. All you needed for the realism to be complete was a few toddlers, a couple teachers, and you would’ve had an actual daycare centre!   Not only was the set design professional, but we also felt the props and furnishings were appropriate.   The room did lack any of the big budget bells & whistles that are becoming more commonplace in big budget companies, but in comparison to most rooms out there you won’t find too many that beat The Nursery for room quality.

The Nursery’s immersive qualities were decent but left us wanting more. Because of the puzzle difficulty and complexity in this room, it was easy for us to feel disengaged with the overall story and lose motivation to discover what happens next. Instead of being engaged in the moment with what was happening, we found ourselves more focused on trying to solve puzzles and ignoring the overall atmosphere around us (which is a shame considering the impressive room quality). This of course leads us to the puzzles…

You can find this game at ROOMESCAPE.COM.

If you’ve ever played an escape game, you know that they are full of surprises, excitement, challenges, frustration, and so much more. And as we all know, this is also the case with life. Because of these similarities, there are many lessons that you can apply to escape rooms, as well as to your everyday life, in order to live more happily and more successfully. Here are the five lessons that we think are the most important, and the most easily applied to both escape rooms and everyday life…

1. Set big goals for yourself.

2. Think outside the box. 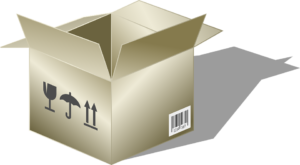 There are times in which you are required to think outside the box in order to achieve success. This is true in terms of escape rooms and life in general. Not everything inside our escape rooms is what meets the eye, just as is the case in real life. Life is constantly throwing various obstacles and challenges at us, and it is up to us to decide if and how we are going to face them. Rather than running away from these challenges, face them head-on. If you’re unsuccessful at first, try thinking outside the box and tackling them from other angles.
Read more at: roomtoescape.com
by Roomescape
Leave a comment
Review 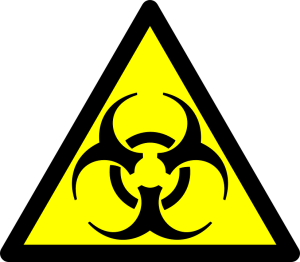